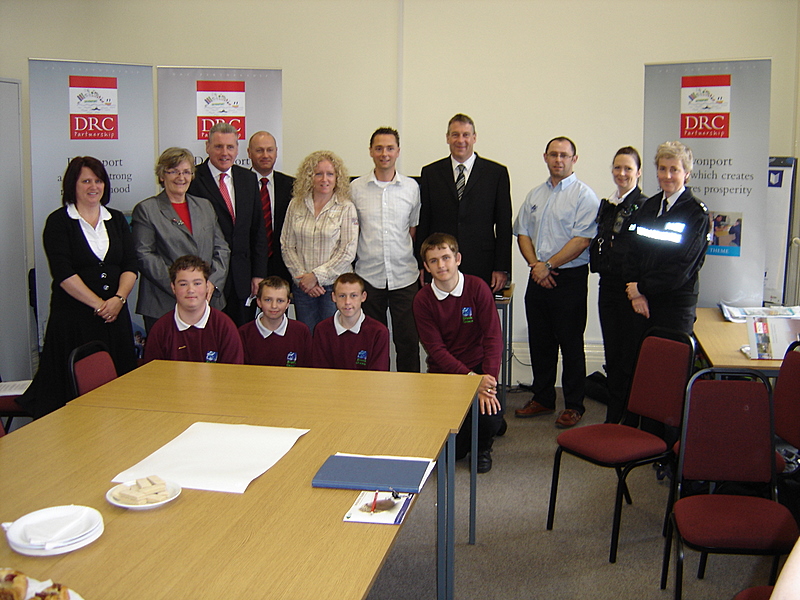 In the years following the establishment of the EMB, work continued to expand the scope and reach of the youth and community work and a great deal of effort went into using the momentum and confidence gained from the Pembroke Street scheme to facilitate wider regeneration across Devonport.

This work included a successful £400,000 arts lottery bid in 1995 which developed a ‘Greenlink’ between Pembroke Street and Clowance Street incorporating public art work, a recreational sports pitch and a public space for performing arts.

In 1997 an area wide ‘Action Planning’ event was held, led by Dick Watson. This event, held over a number of days, brought together a large cross section of stakeholders to identify a vision and plan for the regeneration of Devonport.

The comprehensive process and the report that followed, laid the foundations for a successful bid for national New Deal for Communities funding. A 10 year area wide regeneration began in 2001, which aimed to address inequalities between Devonport and the rest of the City across five themes:

3: Creating A Healthy And Safe Environment

This £49 million programme leveraged further investment. The legacies of the programme include the wild scale demolition of post war flats replaced with lower density housing, the refurbishment of the historic Devonport Guildhall and Devonport Column by RiO (Real Ideas Organisation) and the construction of the Plymouth Dental School, now known as the Peninsula Dental School.

Read about the success of the EMB here.