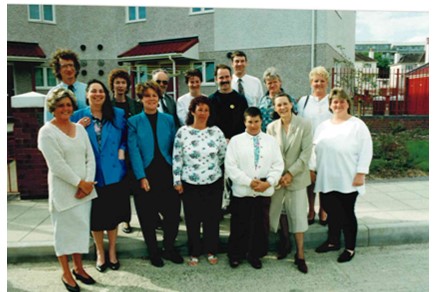 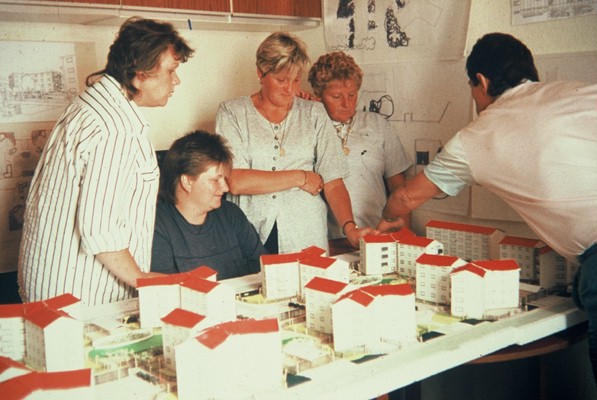 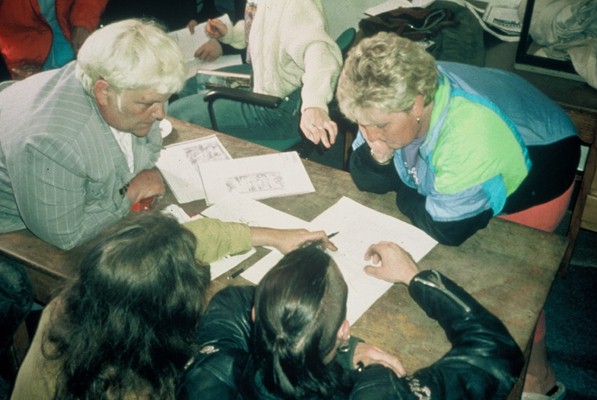 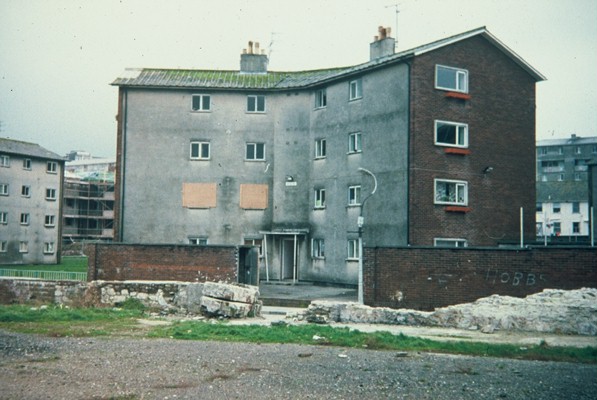 Early victories leading to the birth of the EMB included securing an empty flat to be used as an office and community base and funding to undertake community engagement work. A youth group was established and social activities for elderly residents. The intention was always to work beyond the physical boundaries of the Pembroke Street estate.

The youth and community activities presented an opportunity to work with residents from across Devonport. One of the notable services developed at that time saw Sue Cousins, a Parent Education Worker offer literacy and health focussed activities.  This led to a collaboration with Sue Torr, a Pembroke Street resident who accessed support to learn to read and write and went on to co-write a play about her experiences called ‘Shout it Out’ (see Shout it Out page here).

Other early wins which boosted confidence and provided much needed resources, included significant funding from the Paul Getty Charitable Trust in the form of a cash grant of £2000 and sponsorship from a number of local businesses.

Three years on from the formation of the residents association, a huge amount of effort had been committed to working on local management plans and developing community activities.  A ballot of residents was held to formally determine existing residents views on the proposed resident management plan. Two thirds were in favour, but there remained some opposition from some about a false perception that this was an attempt at housing privatisation.

A connection was made between the residents ambitions to manage the estate and a new Government funding programme called ‘estate action’, an urban renewal programme funded from capital receipts from ‘Right to Buy’ sales. Work began on the bid with the city council. The Council developed two potential options for the refurbishment of the estate. The residents rejected both and made it clear they wanted to redesign the estate themselves. This led to an introduction to Dick Watson, a technical consultant with relevant experience in working with residents.

Dick Watson was to play a key role in working alongside the residents to draw up a new design for the estate. A key part of this process involved the residents making a scale model of the estate to be used as a basis for consultation over the proposed layout and options they were working on. Many meetings and events were held to develop and refine the design and specification.

Meanwhile, work continued between the residents, DCDA and the local authority in developing the proposed management arrangements.

In September 1991 the estate action bid was submitted and a long wait began, with lobbying of local MP Janet Fookes and Government Ministers the only influence the residents had over the process. The only news that came through in the months that followed was that no decision would be made until decisions were taken locally about what would happen to the troubled pre war housing on Clowance Street, adjacent to Pembroke Street.

In Spring 1992, the city council announced that those flats would be demolished, paving the way for a long awaited decision on the estate action bid which was finally approved in July 1992. £5.1 million would see the estate transformed.

Continue to read about the birth of the EMB here.